On Saturday 26 March 2022, in Perugia, the proclamation and award ceremony of the winners of the 30th edition of the Ercole Olivario competition will take place, selected from the 110 finalists in the competition.

News in the 30th edition is the NTF Non-Fungible Token digital certificate,
an innovative certificate of authenticity and uniqueness of the prize received by the winners of Ercole Olivario

Rome, March 15, 2022 - The presentation of Ercole Olivario was held. The prestigious national competition reserved for producers of Italian quality extra virgin olive oil, established in 1993, which celebrates its 30th edition in 2022.

Anyone involved in the agri-food, nutraceutical, olive oil scientific-technological and nursery sector, as well as in the tourism field, has professional and / or collective memories related to the Ercole Olivario competition which has evolved encompassing new proposals received by the Coordination Committee of this competition with the aim of traveling together along a road of ever higher quality.

Among these I remember the Extracuoca competition, the competition dedicated to the Table Olives Section, Giorgio Phellas Mention of Merit - Oil Tourism.

The only competition of its kind at national level that has always carried out the sampling directly from the company of the samples intended for the competition so that each phase can guarantee maximum transparency and confidentiality in its execution.

The numbers and news of the 30th edition of the award - announced by the Italian Union of Chambers of Commerce, Industry, Crafts and Agriculture, in collaboration with the Chamber of Commerce of Umbria , the Ministry of Agricultural, Food and Forestry Policies, the Ministry of Economic Development , and the support of UNAPROL Consorzio Olivicolo Italiano and Italia Olivicola - were presented on March 15 in Rome, during a press conference held at the Unioncamere headquarters, in the presence of the President of Unioncamere, Andrea Prete; the President of the Competition Coordination Committee and President of the Umbrian Chamber of Commerce, Giorgio Mencaroni; the Secretary General of the Ass. Italian Chambers of Commerce Abroad, Domenico Mauriello; the Director General of the ICE Agency, Roberto Luongo; by the President of Italia Olivicola, Gennaro Sicolo and by David Granieri, President of UNAPROL - Italian Olive Consortium.

"Investing in areas with an agri-food vocation, betting on the quality and appeal of the territories and its products, such as extra virgin olive oil, is the direction to aim in order to offer small businesses a path of growth and enhance the territories", highlighted the president by Unioncamere, Andrea Prete.
“The oil supply chain has over 400,000 specialized farms, but also the highest number of extra virgin olive oils with denomination in Europe, with a heritage of 250 million plants and 533 varieties of olives.

The Chambers of Commerce are ready to do their part, because we know that it is necessary to start from the territories, also focusing on experiential tourism, made up of the heritage of food and wines, of which EVO Oil certainly represents a flagship product, to inspire the interest of Italian and foreign travelers ".

The intervention of Roberto Luongo, Director General of the ICE Agency, starting from the emphasis placed on the cardinal role played by the Ercole Olivario Prize in the enhancement of the image of Italian quality EVO Oil in the international contex, brought to attention a highly topical issue, linked to the negative repercussions of the Russia-Ukraine war crisis on national olive oil exports, which in 2021 reached the record value of one and a half billion euros. In fact, Luongo recalled, “for as regards exports of Italian Olive Oil , Russia ranks 8th in the world and Ukraine instead at 32nd for a total value of approximately 50 million euros ".

Expressing concern about the prospect of losing market share, the director of the ICE Agency stated that “it will be necessary to try to recover these 50 million euros elsewhere that will be lost as a result of the current crisis, making efforts to limit the negative impact on the Italian oil sector ".

THE NEWS IN THE 30 YEARS OF ERCOLE OLIVARIO

Giorgio Mencaroni, President of the Competition Coordination Committee and President of the Umbrian Chamber of Commerce, who also illustrated an important initiative aimed at innovation "the digital certificate in the NFT Non-Fungible Token version (certificate not reproducible ), which will be given to the winning companies of this edition, a sign of recognition that implies a strict selection, which leads to victory only the best oils of Italy, a certificate that goes to guarantee more and more transparency and the added value given by participation in the Ercole Olivario, which the winning companies will be able to spend as a guarantee of a product of the highest quality ".

In order to enhance and encourage the realities that invest in oleotourism, Mencaroni continued "A mention in memory of Giorgio Phellas, organizer of Ercole Olivario since its first edition, the Mention of Merit" Giorgio Phellas - Oil tourism " which will be awarded to a finalist company particularly committed to the creation of tourist experiences with a view to enhance the EVO Oil and the territory it belongs to.

The Albo d’Oro was also created, dedicated to all the Italian producers who in these 30 years of Ercole Olivario have won the competition.
Since 1993, the year of the first edition, 9,914 labels have registered to date, for a total of 2,168 finalist oil samples; 343 were awarded prizes and 178 awarded companies. The Albo d’Oro will be presented to the public during a meeting to be held in Rome in the coming months.

To support even small productions, in particular in those regions that can count on scarce quantities of production, on the occasion of the thirtieth anniversary edition, "La Goccia d'Ercole" was established, a section on the side of the national competition, intended for companies that despite having small productions  manage to have a homogeneous batch from 5 to 9 quintals.
A special jury, which met in February 2022, tasted the olive oils of the 16 participating companies, the winners of this new section will be awarded during the final days of the national competition ".

Promotional initiatives in Italy and abroad

The winning oils of the 30th edition of Ercole Olivario will be the protagonists of a series of promotional initiatives both in Italy which, thanks to the collaboration with the ICE Agency and Assocamerestero, abroad.

In Italy , the "Enoliexpo" fair has already taken place in Bari where, in collaboration with Unaprol and the Evoo School, table olives of winners of the first edition of the Ercole Olivario competition - Table Olives Section were presented and tasted.Thanks to the partnership with the Città dell'Olio Association, the winning companies of the Ercole Olivario 2022 will be able to benefit from particular visibility at the “Olio Capitale” fair which will take place from 13 to 15 May 2022, in Trieste .

In September 2022 in Paris in France the winners of the Ercole Olivario will have their space at the Gourmet Food & Wine Selection.
The winning oils of Ercole Olivario will be the protagonists of some masterclasses for operators from China, Japan and Australia , involved in the " True Italian Taste" project promoted and financed by the Ministry of Foreign Affairs and International Cooperation and created by Assocamerestero in collaboration with the Chambers of Italian Commerce abroad.

"With the True Italian Taste project, the Italian Chambers of Commerce abroad have been committed since 2016 to spreading greater awareness among consumers in 41 world markets, among the most important destinations of our food exports - said Domenico Mauriello, Secretary General of Assocamerestero - so that they can make informed choices and increase the purchase of 100% Made in Italy products, also enhancing the quality and healthiness of the Mediterranean Diet, whose cornerstone is extra virgin olive oil. True Italian Taste joins today with Ercole Olivario and the Chamber of Commerce of Umbria, to promote this product of excellence of our culinary tradition in the countries of the Asia Pacific area, with the collaboration of the Italian Chambers of Commerce of Beijing, Tokyo, Melbourne and Sydney, to make Italian oil better known and appreciated in those markets where, although not a regular food, it is increasingly popular . "

The national selections and the awards ceremony 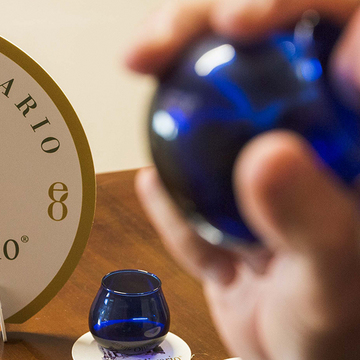 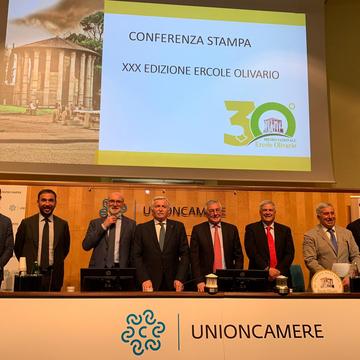 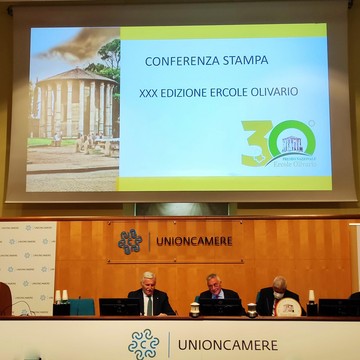