The Competition is promoted and organized by Unioncamere Lazio, the Union of Chambers of Commerce of Lazio which, in the context of promotional initiatives in support of the agricultural sector, pays the utmost attention to the olive sector through a series of initiatives to sustain companies in the sector.

After two editions held exclusively online on Zoom platform, due to a pandemic emergency, the hall dedicated to the awards ceremony was filled with a joyful atmosphere and warm greetings between the protagonists - winning producers of the 29th edition of Orii del Lazio - and the professionals involved and engaged in this regional competition that testifies to the salient moment in the enhancement of oil production.

The role of the Competition is then strategic in a year, such as the current one, in which there is an encouraging sign of a recovery in production and the confirmation of the peculiar characteristics of the regional product.

“Olive growing in Lazio - explained Lorenzo Tagliavanti, President of Unioncamere Lazio and the Rome Chamber of Commerce - “has always played a strategic role in the agri-food scene and the recognition of a fifth denomination, the Rome PGI Oil, is further evidence of the dynamism and production quality of companies of our region. A quality that is also rewarded beyond regional borders ".

The selection is confirmed as an important affirmation for companies with the participation of 43 companies for a total of 50 labels, with a prevalence of the provinces of Latina and Viterbo respectively with 15 products in competition, followed by Rome with 9, Rieti with 8 evo oils (extra virgin olive oils) and finally 3 from Frosinone. As many as 33 companies have expressed interest in participating in the national competition "Ercole Olivario" with 33 extra virgin olive oils.

The prizes are awarded to the first two classified for each of the categories in competition (PDO-PGI and extra virgin) which are divided, on the basis of fruitiness, into light, medium and intense.

The winners were selected through specific tasting sessions by an examining commission composed of Panel leader Lorenzo Natale and professional tasters identified, among other things, on the basis of their seniority in the official register of tasters and the specific experience of tasting sessions of regional olive oils. The panel's work took place in the Commodity Chemical Laboratory of the Rome Chamber of Commerce.

On the occasion of the awards ceremony, the following prizes were awarded:

•    The best Organic EVO Oil, obtained from companies that use exclusively production techniques with low environmental impact and without the use of synthetic chemicals;

•    The best EVO Olio Monovarietale (obtained from a single variety of olive);

•    The best EVO Oil with a high content of Polyphenols and Tocopherols.

•    The Tonino Zelinotti Award for the best packaging, with the aim of highlighting the characteristics that a bottle and above all a label must have, not only from an exquisitely aesthetic point of view. Much importance, in the evaluation scheme, is attributed to the completeness and transparency of the information reported, both for the mandatory part and for the optional information.

•    The Grandi Mercati Prize awarded to the evo oil for which the lot in competition is declared an availability of at least 80 hl , considered of particular interest for national and foreign markets.

•    The Critics' Prize, awarded by a special tasting group - made up of some names in the sector journalism - who tasted, blindly, the oils at the top of the rankings for each territory, decreeing the one considered the best. A nice parenthesis that was added to the important work done by the official panel which, obviously always in blind tasting, carried out the difficult task of evaluating the labels in the competition.

•    The best of the participating EVO Oils produced by a young entrepreneur.

•    The best of the participating EVO Oils produced by a female company.

This year there will be 16 labels from Lazio that have access to the final selection of Ercole Olivario: an extraordinary result that places Lazio in first place among the 15 participating Italian regions. Lazio's presence in the history of the national competition has always been characterized by success. In the past, out of 29 editions of Ercole Olivario, the region’s evo oils have been on the national podium with more extra virgin olive oils in the various categories, on the occasion of 28 editions demonstrating the qualitative primacy of Lazio which boasts ancient roots.

While maintaining the original connotation of regional selection for the National Award, the “Orii del Lazio” competition, over the years, has gained more and more prestige and visibility. In fact, it represents a significant moment both to stimulate producers towards a path of constant qualitative growth and to direct consumers towards the purchase of quality extra virgin olive oils from their territory.

David Granieri, member of the Council of the Rome Chamber of Commerce representing the agricultural sector, and the representatives of the sector trade associations (CIA, Coldiretti, Confagricoltura) took part in the work.
The "Orii del Lazio" competition has become the "identity" project of the Region that challenges  every olive-oil company itself, as well as the sector's own system, in order to cope with healthy competition on the global market, in terms of qualitative and quantitative production, underlined Granieri, also bringing to the attention a theme on the relevant value of oleo-tourism towards every territory with an olive and agri-food vocation and the need to implement homogeneous and efficient systems and guidelines throughout the national territory with absolute respect for the wealth and identity of the local communities.

Antonio Paolini, food and wine journalist pointed out the leverages of winning communication to set up successful commercial strategies where territorial peculiarity plays a leading role.
In view of the 30th edition of the Ercole Olivario competition , Paolini recalled, the exponential evolution has been carried out over 30 years in the national olive oil scene, in which each sector involved has enriched and gained awareness in the enhancement of the varietal heritage and in continuing the path of ever-superior quality, highlighting, finally, the importance of establishing a closer and more ambitious link between the production of  Italian extra virgin olive oil of excellence and the culinary sector that acts, towards consumers, as 360 ° open knowledge vector.

"Despite the persistence of the negative economic situation due to the health emergency - said Enrica Onorati, Councilor for Agriculture, Forests, Promotion of the Food Industry and Culture, Equal Opportunities of the Lazio Region - the companies in the olive sector in our region have reacted well, demonstrating that, even in difficult times, an important ingredient such as extra virgin olive oil cannot be missing on consumers' tables. Thanks therefore to all the producers who through their work contribute to promoting our agri-food excellence".

As always, Unioncamere Lazio, with the technical support of Agro Camera, will continue its commitment to support the local product on the occasion of various initiatives even after the Competition with a keen eye on the national and international market.

The technical organization of the competition was handled by Agro Camera, the Special Company of the Rome Chamber of Commerce for the development of the agri-food sector.

The list of winners of the XXIX regional competition for the best extra virgin olive oils of Lazio Region:

In addition, the following prizes were awarded:

The best of the participating EVO Oils produced by a female company: Az. Agr. Casino Re di Coletta Filomena – Casino Re Casa Rossa 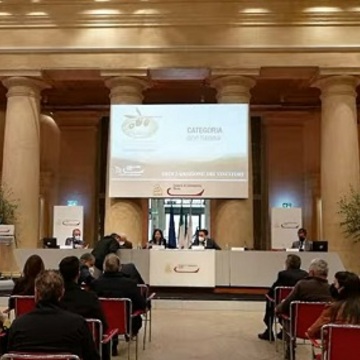 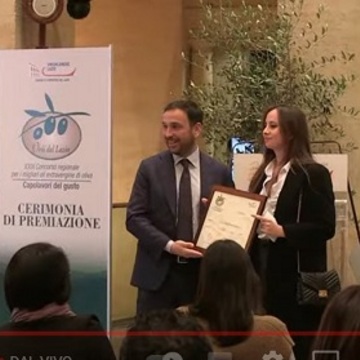 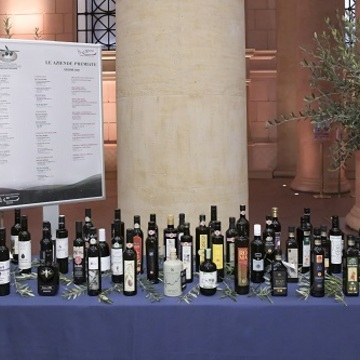 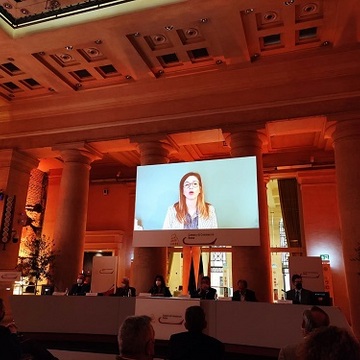 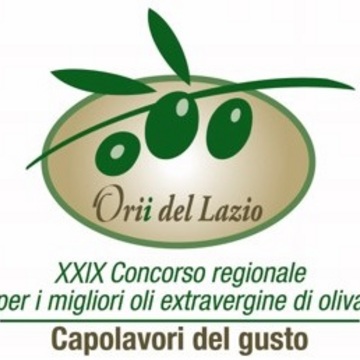 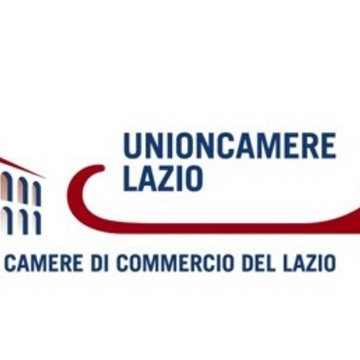