The 12 winners of the 30th edition of the Ercole Olivario national competition
dedicated to Italian olive oil excellences have been unveiled.

On Friday afternoon, one day before the award ceremony, the seminar entitled "Process innovations: the quality of Italian extra virgin olive oils" was held, a precious contribution by Prof. Maurizio Servili - University of Perugia.

His speech highlighted a synthesis of broad factors and detailed suggestions that can improve and accompany the process towards the sustainability of the Italian olive oil sector under various aspects: agronomic, technological, scientific, zootechnical, as well as commodity focused on the basis of the evidence documented and tested in the recent decades.

He also explained to each person involved in this sector, the reflections, among many other topics, on how to achieve " a zero-waste supply chain " and the methods that can be adopted and fruitful which deserve to be implemented to guarantee the peculiar and exclusive quality of Italian territorial extra virgin olive oils.

The room dedicated to the proclamation and the award ceremony was filled with the joy of gathering again and with emotions in reflecting the enormous commitments carried out throughout the year until reaching the podium of the Ercole Olivario National Award.

To raise the curtain in a profound and thrilling silence was Eng. Giorgio Mencaroni - President of the Chamber of Commerce of Umbria and of the Coordination Committee Ercole Olivario, announcing the winners of this edition. The award ceremony was also broadcast in live streaming.

Merit Mention "Giorgio Phellas - Oleo-Tourism" inserted in this anniversary in order to enhance and encourage the realities that invest in oleotourism and dedicated to Giorgio Phellas , soul of the Ercole Olivario Competition since its first edition.

“Olive oil is, together with wine, among the most representative products of the Italian agri-food heritage. Quality, biodiversity and link with the territory are elements that can represent an added value not only from a production point of view, but also from a tourist point of view.

Italy has great potential and will be able to play a leading role in the years to come. The proposals linked to oil tourism are experiencing an ever-greater appreciation among the public and much has being done to encourage their development among the companies in the supply chain.

The oleotourism experience is not limited to visit oil mills but extends to the entire territory. The tourist looks for continuous stimuli, which can entice him to deepen his desire for discovery. It is essential to build experiences that can allow them to fully experience the product, the culture, the people and the territory. The watchwords, which emerge strongly from the research I have conducted over the years, are three: history, well-being, involvement."

The following took part in the celebration, moderated by Giorgio Donegani, Gabriele Giottoli , Councilor for Economic Development and Tourism of the Municipality of Perugia , Antonio Balenzano , Director of the National Association Città dell’Olio, Gabriella Stansfield, President of the National Association Donne dell’Olio, Alfredo Marasciulo, Panel leader of the national jury of the competition for the two-year period 2021/2022 who passed the baton to his successor Lorenzo Natale who will be Panel leader of the national jury for the two-year period 2023/2024 .

The ceremony was also the occasion to confer the 7 special prizes foreseen this year:

-    AMPHORA OLEARIA for the best packaging, on the “Oliomania” of the Azienda Agricola Marina Palusci, Abruzzo.

“Goccia d’Ercole”, the side section of the national competition, addressed to companies, despite having small productions, who were able to produce a homogeneous batch of 5 to 9 quintals:

In collaboration with the ICE and Assocamerestero offices, the assignees of the Leikithos Prize have been proclaimed to two "ambassadors " of the culture of quality Italian extra virgin olive oil abroad: Michiyo Yamada, Japanese, taster of extra virgin olive oil and journalist of important international magazines, who participates in the jury in international competitions and a renowned restaurateur Massimo Mori who runs three restaurants in France, a great promoter of Italian agri-food products of excellence. 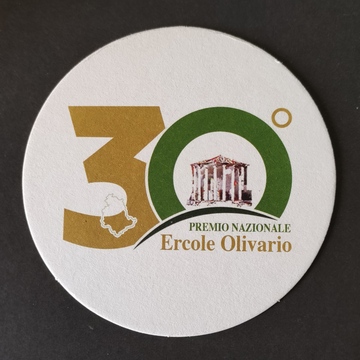 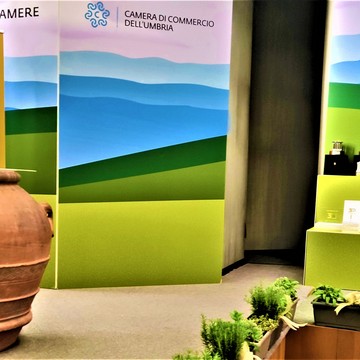 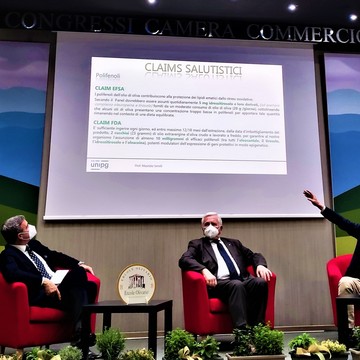 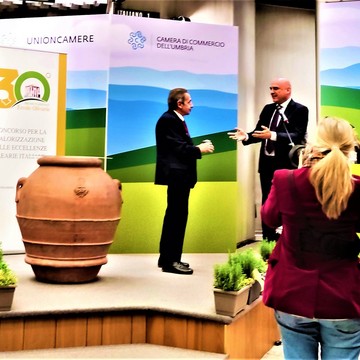 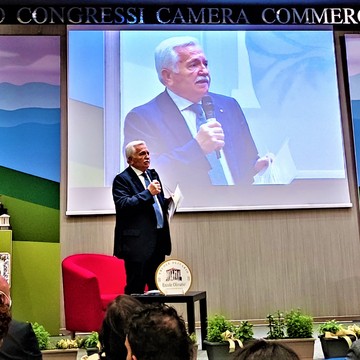 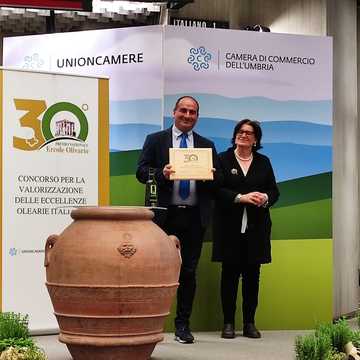 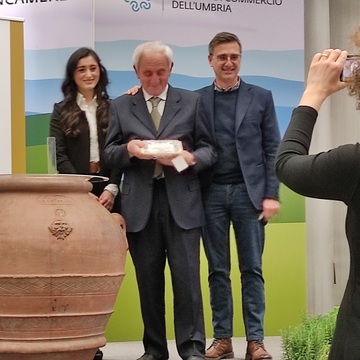 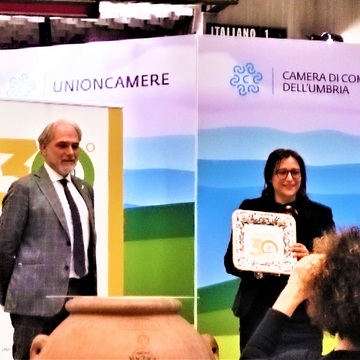