Wandering in northern Lazio in search of products, producers, restaurateurs and others in the agri-food and eno-gastronomic world, we came across two companies run by young people full of conviction, skill and desire to improve their production territory, one in Tuscania and the other in Vetralla, to showcase a definitely quality product of great value and with peculiar characteristics in common: both are managed by two brothers and the label of both products was designed by the girl of one of the two.
Before delving into these two realities, let's take a look at the progress of the last olive oil campaign. The quality was certainly good, but the quantity was certainly not up to par. The situation, after the climatic inconveniences (heavy rains in spring and summer drought) and the usual attacks of the olive fly in some areas, which were very variable from one area to another. As for the Lazio Region, despite a 19% drop in yield, we can say that in our region the producers have achieved an interesting quality.
In the rest of Italy we can observe that in the north and in Tuscany, Lazio and Umbria there has been a significant drop in production, with a drastic drop of - 65% in Lombardy, Veneto, Friuli and Trentino Alto Adige, while in the south there is it was an increase with significant peaks in Sardinia with + 183%), Puglia (despite Xylella's adversities) with + 175% and even + 340% in Basilicata. Although it should not be overlooked that last year production had fallen far below 200.00 tons, today we are around 330,000 tons and in any case always below the Italian average yield which stood at 420,000 tons.

Then, looking for new producers, we first went to Tuscania.
The city stands on a tophaceous spur overlooking the valley of the Marta river and, over the centuries, Tuscania became an important Etruscan city in the territory of Tarquinia and a reference point for the connection between the Tyrrhenian Sea and Lake Bolsena. Subsequently it passed under Roman domination and therefore was at the center of the struggles between the empire and the papacy until Nino Bixio, in 1870, which ended the possession by the Papal state.
Of considerable interest is the Romanesque church of San Pietro with a cosmatesque floor of outstanding impact and with numerous Etruscan sarcophagi. Relevant is the crypt with columns different from each other and coming mostly from Roman buildings. Known also for shooting of some scenes of Monicelli's Brancaleone Army. Another religious building to be visited is the Abbey of San Giusto, as well as other sites such as Santa Maria Maggiore and the Duomo. Among the civil works of interest are the various fountains (including the Fountain of the Seven Spouts), the various stately buildings and the city walls, both the Etruscan and medieval remains. Of course, don't forget the various Etruscan necropolises.
In the vicinity of Tuscania, in the Le Mandrie hamlet, we find the Gioacchini Antonio and Antonio farm, currently managed since 2013 by the brothers Antonio and Giovanni Gioacchini, who are the fourth generation that deals with olive trees and are, among other things, children of Antonella Pacchiarotti, valid wine producer, lover of aleatico (autochthonous vine) and of which we will speak on another occasion.
The estate extends over 25 hectares of land at an altitude of around 350 m. a.s.l., divided into pastures and olive groves and the soil is rich in pumice, which provides plants with a particular nourishment, giving the oil peculiar olfactory and gustatory sensations.

The origins date back in 1936 when Gioacchini bought the land and in the 50s the first olive trees were planted and therefore, since the late 80s the olive groves have been widen to reach its present condition, i.e. a total of 2,500 plants, irrigated by a drop system, of the canino, frantoio, leccino and moraiolo cultivars. The early harvest takes place with mechanical hand-held combs during the first or second week of October and immediately delivered to the family-owned mill.
The symbol on the Solum extra virgin olive oil bottles, that is, the two stylized figures, allude to the generational passage in handing down a decennial passion for beauty and goodness.

From Tuscania we move to Vetralla, an ancient city located on the slope of the Cimini Mountains and close to Lake Vico. Vetralla, despite its dominant position and therefore easily defensible, underwent several occupations in the medieval period and ended in the struggle between the lords of Viterbo and the papacy.
Among the sites to be visited, we recommend the Church of San Pietro, located in the historic center, the Church of San Francesco, from the 11th century and the rock necropolis of Norchia, an archaeological site with finds that include various periods: prehistoric, Etruscan, Roman and medieval.
The Degiovanni farm, located in Marchionato, was born from an idea of the brothers Andrea and Alessandro, when, in 2012, after a careful pedo-climatic evaluation, they selected the best olive groves in the Vetralla on the land of volcanic origin rich in pozzolan substance and medium consistency. Today the farm holds an area of about 30 hectares, with almost all the olive grove and only 5 hectares of hazelnut cultivation. The hazelnuts are actually collected and sold to a cooperative for subsequent processing.
A greater part of the property is dedicated only to the autochthonous Caninese cultivar with the exception of a limited number of plants (250/300) of the olives, leccino and maurino cultivars, once used as pollinators. The land is totally organic and Tuscia DOP certified. 12 hectares with about 1200 plants are dedicated to the Supremo Extra Virgin Olive Oil, while the rest of the property has 1,800 plants destined for the blend.
The two brothers, therefore, select high quality extra virgin olive oil, employing an early harvesting method, which normally begins at the end of September (and which also lasts until Christmas). A shortest production chain ensures a superior product.
"We do not have a proprietary mill", Andrea and Alessandro, are served by two mills registered as excellence in the world of manufacturing, namely the Cooperative Colli Etruschi in Blera and the Frantoio F.lli Paolocci in Vetralla. A two-phase Pieralisi Leopard 6 system.
The company offers various activities, including, in addition to a guided tour of the company, a tasting course, an olive pruning course, participation in the olive harvest; during the harvest period a visit to the mill will be organized, not owned but close to the company, to attend the various stages of processing the olives shortly after harvesting.

TASTINGS
In collaboration with Mika Takizawa

N.B .: for the monocultivar canino we decided to present the last two vintages of the two companies, in order to highlight the different climatic trends, as in the case of wine production, which confer slightly different characteristics to the same type of extra virgin olive oil produced in the same territory.

Solum Blend Extra Virgin Olive Oil
From leccino, canino, frantoio and moraiolo olives, it is a light green fruity with a limpid golden yellow color. The nose opens with green hints of artichoke, thistle, field herbs and a discreet note of medium maturity tomato. Among the various olfactory notes in evidence the aroma of oregano. On the palate it is enveloping with the pleasant bitter flavor of artichoke and thistles accompanied by the soft perception of almond. The spicy is subtle but persists in the finish of the mouth.

Solum Monocultivar Extra Virgin Olive Oil (2019/2020 Olive Oil Campaign)
With single variety of canino olive, it is a medium light green fruity and has a light golden color tending to intense yellow. The nose has evident hints of artichoke, olive leaf, chicory, oregano, walnuts and a slight hint of roasting. In the mouth it has a soft and enveloping entrance, accompanied by a pleasant bitter note of artichoke and chicory which in turn is accompanied by an evident soft perception of almond and the spiciness reminiscent of pepper.

Solum Monocultivar Extra Virgin Olive Oil (2018/2019 Olive Oil Campaign)
100% of canino olives, it is a medium light fruity green with golden yellow color. The nose is fine and elegant in the recognition of freshly mown grass, artichoke heart, aromatic notes of oregano and thyme and a pinch of tomato. In the mouth it has a very marked fluidity and the flavor of grass, field herbs, thistles and legumes, all wrapped in a pleasant and consistent note of fresh almond and with a spicy finish of white pepper.

Supremo Monocultivar Extra Virgin Olive Oil (Olive Oil Campaign 2019/2020)
Produced with a single canino cultivar, it is a medium intense green fruity and is green with emerald reflections, very clear. The nose opens with fresh hints of field chicory, fresh artichoke and thistles followed by evident notes of aromatic oregano herbs and hints of mint. In the mouth the entrance is very fine and fluid. The bitterness, perceived on the nose (chicory, artichoke, thistle), progressively evolves into spicy (pepper), sustained but fine and persists together with the pleasant taste of fresh almond in the finish.

Supremo Monocultivar Extra Virgin Olive Oil (2018/2019 Olive Oil Campaign)
Monocultivar canino is a medium green fruity with a golden yellow color with greenish reflections. The nose highlights green hints of field herbs, artichoke heart, thistles and aromatic notes of oregano and a balsamic tip of mint. In the mouth it is fluid and opens with bitter, contained and fine notes of artichoke stem and chicory and therefore the perception of fresh almond that makes all the organoleptic components in harmony. In the finish of the mouth a spiciness reminiscent of black pepper supports the gustatory structure. 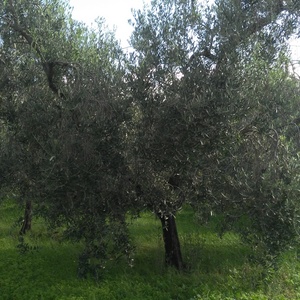 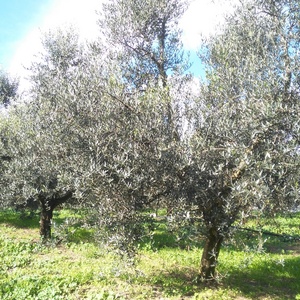 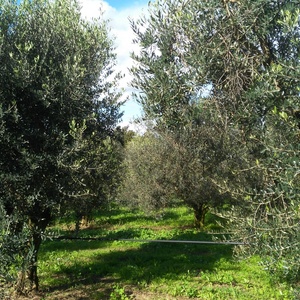 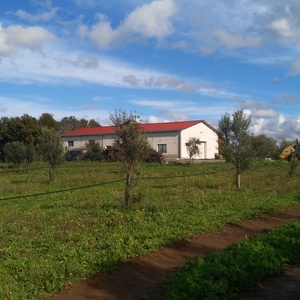 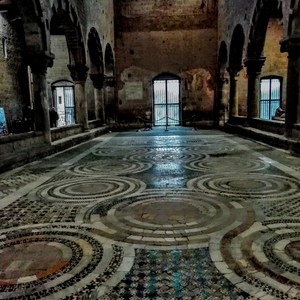 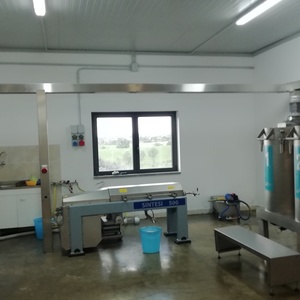 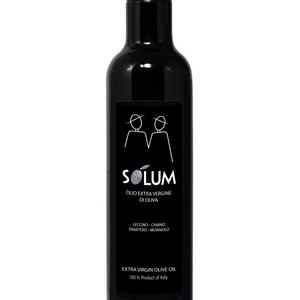 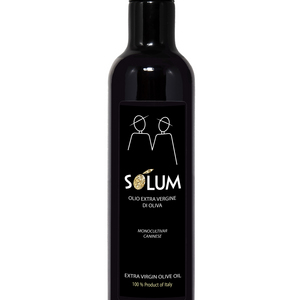 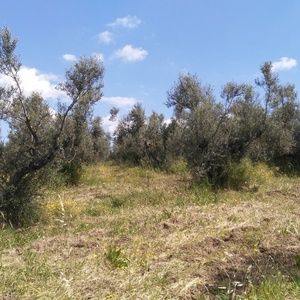 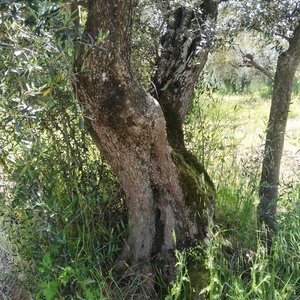 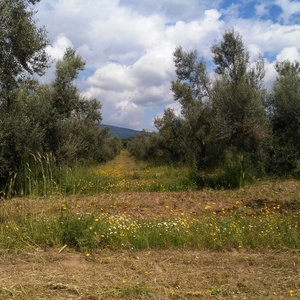 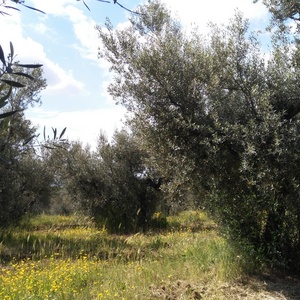 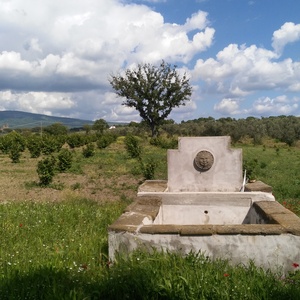 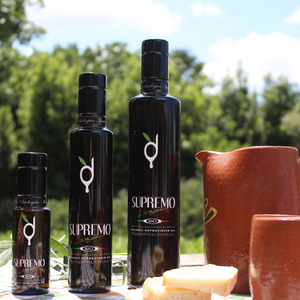 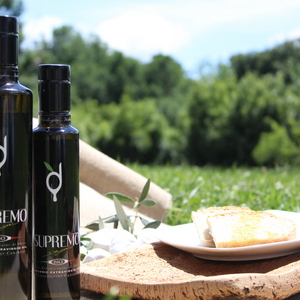